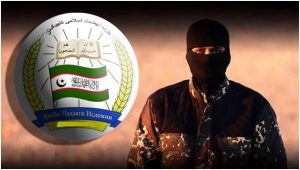 The countries of the SCO Regional Anti-Terrorist Structure (RATS), CIS Anti-Terrorism Center (ATC) and the Collective Security Treaty Organization (CSTO) recognize the Islamic Renaissance Party as a terrorist and extremist organization (TEO IRP). The data on the members of the TEO IRP, along with ISIS, Al-Qaeda, and Taliban fighters are listed under number 79 on a unified list of terrorist, separatist and extremist organizations whose activities are banned in the SCO member states (Kazakhstan, China, Kyrgyzstan, Russia, Tajikistan, Uzbekistan, India and Pakistan), which together occupy an area of 4.4 million km2, and is inhabited by more than 3.3 billion people, which is about half of the world’s population.

The names of the TEO IRP’s leaders and active members are included in the unified list of wanted individuals involved in terrorist and extremist activities. So, the SCO RATS has created and systematically updated a Unified Search List, which includes more than 6,600 individuals, including members of the TEO IRP. There are 115 organizations in the list, including a TEO IRP. Considering the relevance of the threat posed by foreign terrorist fighters taking part in hostilities on the side of international terrorist organizations, an accounting table has been developed that includes data on more than 4,500 individuals, among whom are members of the TEO IRP fighting for ISIS.

In accordance with the Decision of the Committee of Secretaries of the CSTO’s Security Councils, which includes Armenia, Belarus, Kazakhstan, Kyrgyzstan, Russia and Tajikistan, the TEO IRP is also included in the unified list of organizations recognized as terrorist and extremist in the CSTO.

In addition, the TEO IRP was included in the general data base of the CIS ATC, which includes within its ranks Belarus, Russia, Azerbaijan, Armenia, Kazakhstan, Kyrgyzstan, Moldova, Tajikistan, Turkmenistan, Uzbekistan and its cooperation partners,- the UN Security Council Counter-Terrorism Committee, Interpol, SCO RATS, CSTO, European Council’s Committee of Experts on Terrorism (CODEXTER), Eurasian Group on Combating Money Laundering and the Financing of Terrorism, other international organizations within the EU countries, as well as Israel, Turkey, Iran and Saudi Arabia. That is, the geographical list of states which consider the party to be a terrorist organization has expanded even more since the addition of Azerbaijan, Moldova, Turkmenistan and other countries. For example, the United States is discussing the recognition of the Iranian IRGC, which coordinates the TEO IRP, Hezbollah, Hamas, Al-Sabirin, and Al-Aqsa Martyrs Brigades, as a terrorist organization.

In addition, at the International Research Conference in Cairo titled Egypt and Tajikistan in Combating Terrorist Organizations, a detailed study focusing on the activities of Ikhwan al-muslimeen (The Muslim Brotherhood) and the TEO IRP noted the close similarity of the history and ideology of these two terrorist organizations, their relationship and unity in an attempt to destabilize the situation in Tajikistan and Egypt. The support of these terrorist organizations by special services of one of the Islamic countries was also proved.

Today, the TEO IRP with the participation, financing and under the direct supervision of foreign special services continues its criminal activities against Tajikistan and its citizens, as well as foreigners who are here. Last year, Tajik law enforcement agencies prevented a terrorist attack in the area of deployment of the 201st Russian military base in Dushanbe, which had been planned to be committed by 13 members of the TEO IRP, who had received diversionary training from foreign instructors.

On July 29, 2018, TEO IRP members committed a brutal terrorist attack against tourists from the EU and the US. Since the civil war in Tajikistan, the TEO IRP’s armed militants took hostages and killed more than 150 foreign citizens, including workers of international organizations, human rights activists, diplomats, journalists, representatives of other religions, and UN observers.

Inciting a five-year civil war in the 1990s, TEO IRP brought a lot of grief to the Tajik people. More than 150,000 people have been killed, with two million citizens displaced or left homeless. The damage to the economy amounted to 7-10 billion dollars.

After the signing of the General Agreement on the Establishment of Peace and National Accord, IRP members who had joined the state and power structures of Tajikistan through their agreed upon 30% quota lobbied their interests without desisting from their attempts to seize power. IRP’s active members continued to sabotage and carry out terrorist acts in Dushanbe, Rasht, Khorog, and Danghara.

A secret meeting in Dushanbe in March of 2015, with the participation of IRP’s Chairman M. Kabiri, members of the Party’s Supreme Political Council, Deputy Minister of Defense A. Nazarzoda and its reintegrated field commanders, an agreement was reached to speed up the preparation of the armed seizure of constitutional power. For this purpose, foreign special services transferred a significant amount of money. In order to carry out their criminal intentions, under the direct supervision of Kabiri, more than 20 armed groups were created and $1.2 million were transferred to Nazarzoda for the preparation of the armed rebellion. In order to suppress IRP’s criminal activities, an anti-terrorist operation was carried out during which more than 520 firearms and 11,000 ammunition were seized, 38 terrorists led by Nazarzoda were liquidated, and 161 IRP’s members and their associates were detained. Among the arrested IRP activists also were several residents of foreign special services.

On September 29, 2015, by a decision of the Supreme Court of Tajikistan, the IRP was recognized as a terrorist-extremist organization (TEO), the activity of which is prohibited in Tajikistan.

In order to destabilize the situation in Tajikistan before the parliamentary and presidential elections of 2020, more than 40 TEO IRP members have been preparing in Afghanistan, which is also the location of their armed wing Jamaat Ansarullah. Their intention is to break into Tajikistan through the Afghan-Tajik border under the banners of other international terrorist organizations, including ISIS.

Today, the TEO IRP and its foreign patrons operate in three directions. Their strategy is to maximally strengthen their position and material-financial base, conduct anti-constitutional propaganda through their own and other biased media, and to train militants, saboteurs and terrorists.

After the ban, its leadership and active members fled to European countries, where the cells of this organization were created by the efforts of foreign special services and funded through shadow schemes. The territories of their host countries are used as a bridgehead for conducting anti-constitutional activities, propaganda and information war against Tajikistan.

Their foreign sponsors have allocated over $3million for the needs of TEO IRP’s leadership from 2016 through 2018. These funds were used to organize information resources, promote websites, and provide financial support for party agitators. So, for the purpose of campaigning against the government of Tajikistan, Sadoi Mardum (Voice of the People) TV studio was created, the total funding of which amounted to $1.2 million.  Websites Payom.net, Vostoknews, Ozodandeson, Kimyoi Saodat, Akhbor.com and others were also created to propagate extremist content.

Therefore, the Supreme Court of Tajikistan, on legal grounds, ruled to close about 40 extremist websites, including those owned by TEO IRP, those reflecting and promoting its ideology, including Nahzat.org, Vostoknews.org, Kimyoi Saodat, Isloh.net, Ozodandeshon.org, Zindoniyon.com, and Payom.net. etc. Their pages in social networks and channels on video portals have also been blocked.

In order to cover up their criminal activities, TEO IRP’s leadership has created the National Alliance, whose activity is also prohibited in Tajikistan.

The media published a number of materials and broadcast several documentaries, including Invisible Roots, Terrorist Attack – 1996, Sadokati Razolatpush (Imaginary Fidelity), Traitor Abu Usoma Noraki is an active member of the IRPT, Return from Hell, which include direct participants and witnesses to the crimes of the TEO IRP.

TEO IRP’s criminal activities were clearly covered by the Director of the Executive Committee of the SCO RATS Giyosov D.F. during the 18th Meeting of the Heads of Special Services, Security and Law Enforcement Agencies, which was held in Sochi in October this year.

While speaking about the escalation of terrorist manifestations and the emergence of permanent armed conflicts in the region, Giyosov noted that among other international terrorist organizations, TEO IRP continues to recruit, which poses a serious threat to national and regional security. Today in Afghanistan, in addition to the Taliban and ISIS, there are other international terrorist organizations focusing on Central Asian countries, which include TEO IRP members within their ranks. Among them is Jamaat Ansarullah whichleadshostilities in the northern provinces of Afghanistan anddevelops recruitment methods and routes for the transfer of supporters to the territory of individual SCO member states.

In this context, TEO IRP poses a serious threat to global security, as it has close ties with international terrorist organizations and its goal is to create a terrorist bridgehead in Tajikistan for the expansion of terrorism from Afghanistan to the countries of the region and beyond.

The unconditional recognition of the IRP by the international community as a terrorist-extremist organization will strengthen the consolidation of the common effort in the fight against terrorism, as one of the key factors in ensuring security and stability in the region and the world. This will contribute to the creation of a broad anti-terrorist network, based on the unacceptability of double standards and the division of terrorists into “bad” and “good.” It will serve as a step toward strengthening peace based on stability, indivisible security and mutual respect.

Nazar Mumin Abdujalol, Director of the Institute of Philosophy, Political Science and Law of the Academy of Sciences of Tajikistan named after A. Bahovaddinov, Candidate of Philosophy Sciences